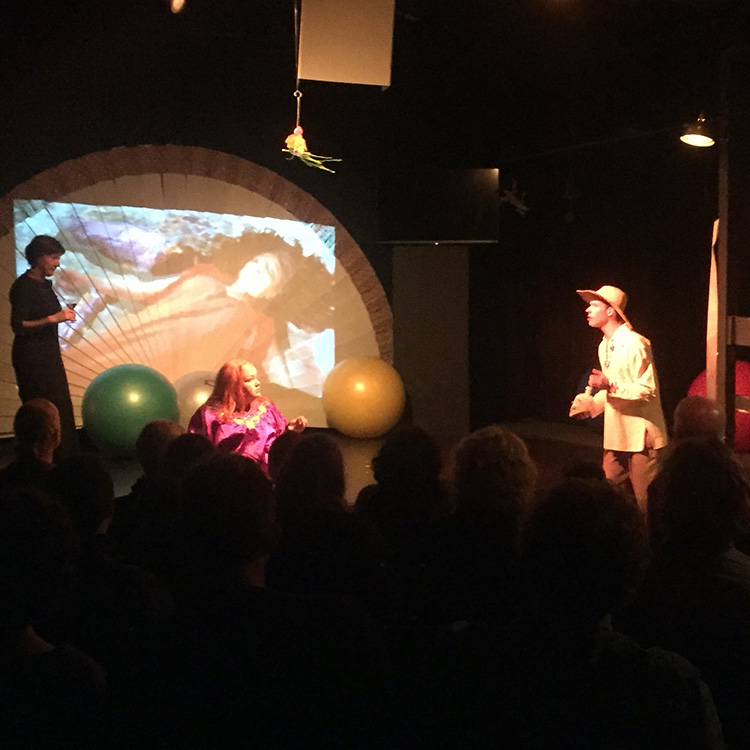 October 2015
Fantasia de Colores, by Maura Campbell. A world première adapted for the stage and directed by Georgette Garbès Putzel who was also The Mother in the play.

Half devil half angel. Longing. Despair. Drugs, abuse, and victims. Hopes. Dreams. A fantasy on human nature and its social failures. For accompaniment? legends and songs from the hearts of the people.

So does the storytelling, which — despite being nearly 100 minutes without intermission — proved fascinating nearly from beginning to end. It was a beautiful but unsettling experience, visually and colorfully.

Jim Lowe is theater critic and arts editor of the Times Argus and Rutland Herald. 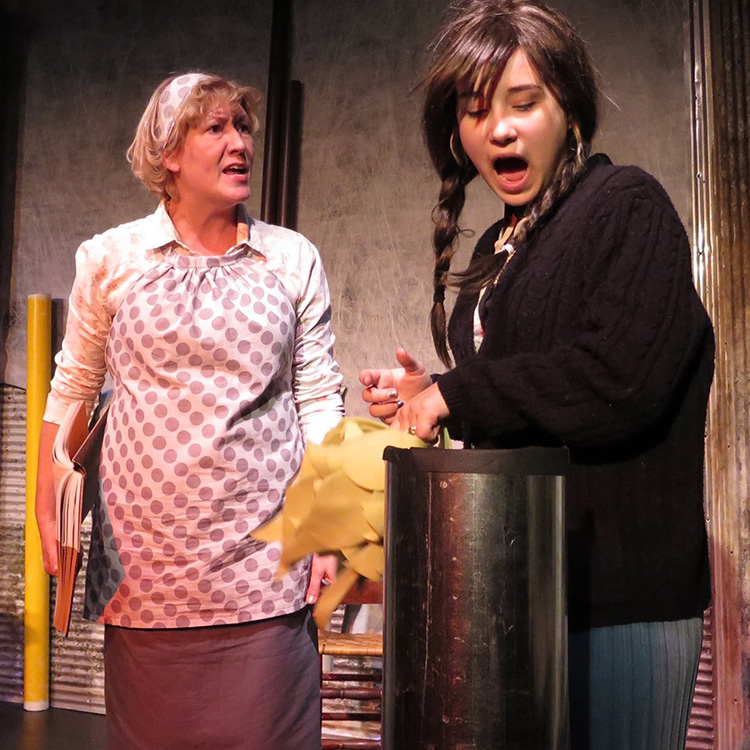 A drama with funny moments, pitting sexual repression of the second half of the twentieth century against the more liberal mores of the present day.

… and when it ended, we knew we had experienced something unique and amazing. 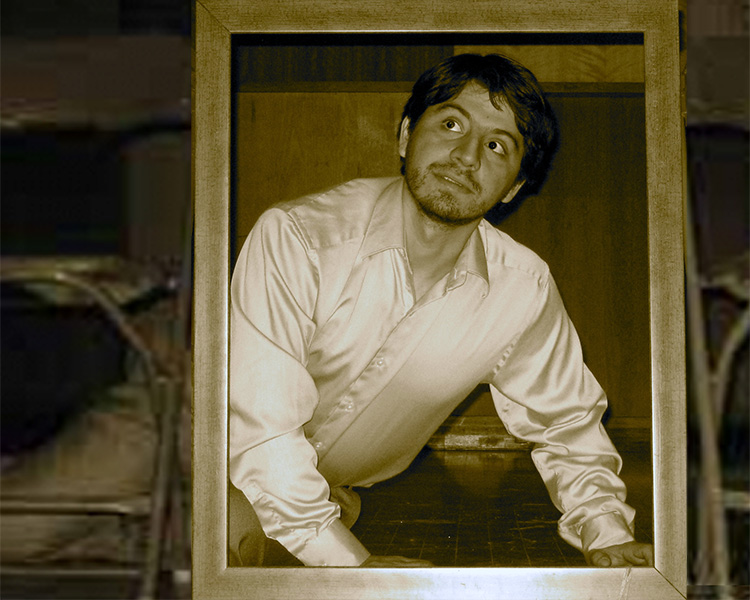 2013-2014
Hope, despair, courage, fear, faith, joy, melancholy and uncertainty: being an immigrant. A world première! Asterion is a one act, one actor play written and  performed by Diego Mattos with Georgette Garbès Putzel’s assistance in choreography and set design. This play was TMM’s third bilingual production; it was presented in English followed by Spanish each night. The 2 other bilingual plays were No Exit/Huis Clos and Fugato Labile for Camille Claudel/ Fugato Labile pour Camille Claudel, both presented in English and in French back to back each night. 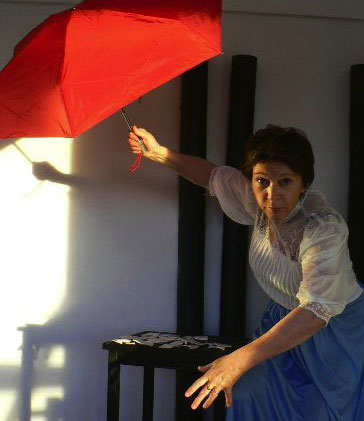 “It appears that I come out of the window of my tower at night, hanging from a red umbrella, with which I set the forest on fire” (Camille Claudel).

Camille Claudel was born happy and creative. She died lonely and miserable. Why? 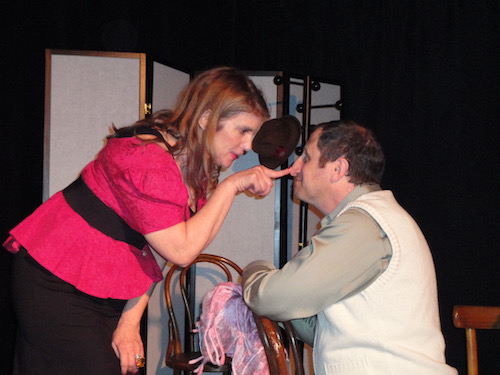 A satirical comedy denouncing the hypocrisy of late Victorian Britain, more relevant than ever in our era of increasing economic inequality and emphasis on appearances. Click to watch the trailer
No Exit – Huis Clos, by Jean-Paul Sartre
The play was a première in Vermont – A bilingual production: English followed by French back-to-back each night. Same actors for both languages.

Hell is other people.’You see then: relationships with others, getting into a rut, and freedom … these are the three themes of the play. 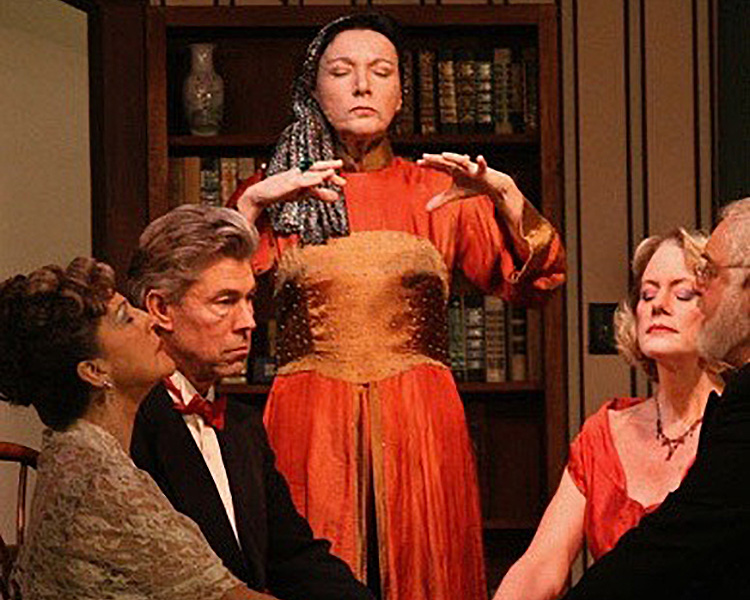 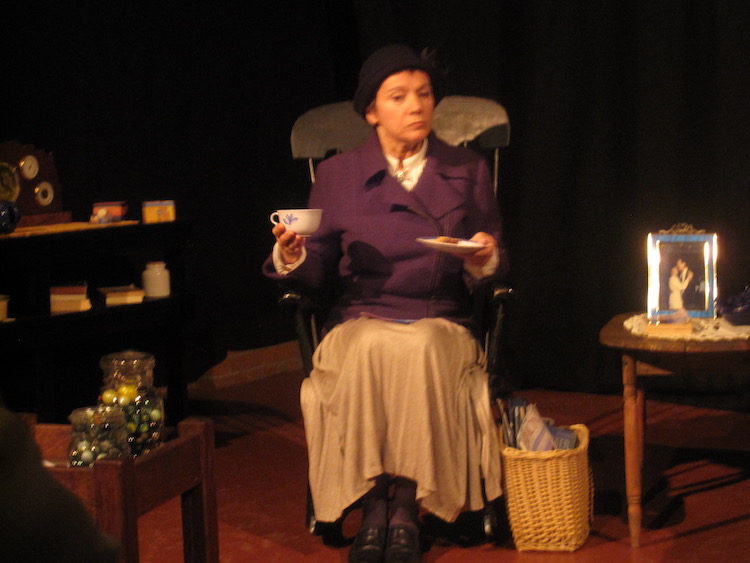 A Visit from Miss Prothero

October 2019
A Visit from Miss Prothero, by Alan Bennet.
A premiere in Vermont directed by Rob Kelly. A slice of life magnified. Funny, touching, true. Two people at a critical point in life: one retired, the other soon to be retired. Alan Bennett’s sharp and compassionate observation pulls us beyond the specifics of a situation, towards universals of the mind and the heart. He uses this One Act dialogue between two quite ordinary people to remind us of the power of words, silences, attitudes and relationships. 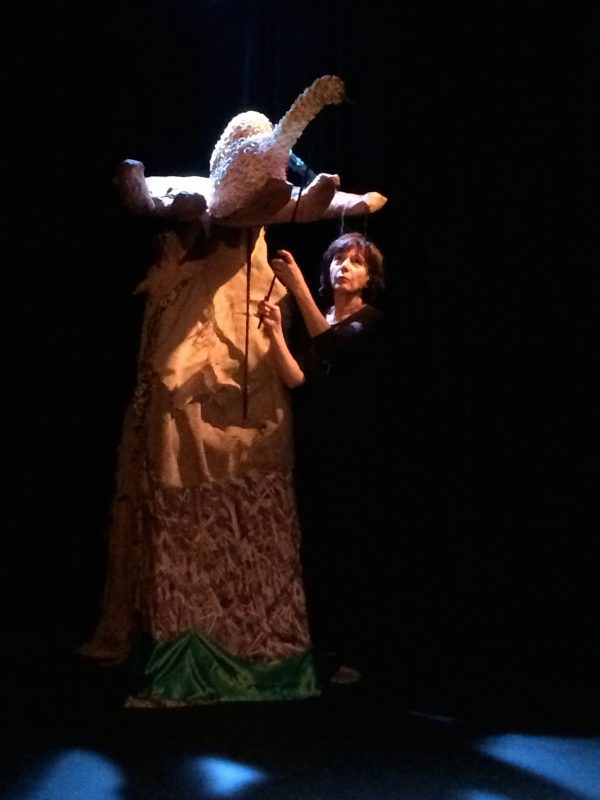 Puppetry
Georgette designed and played with this huge large bird. More about this wonderful training in puppetry. 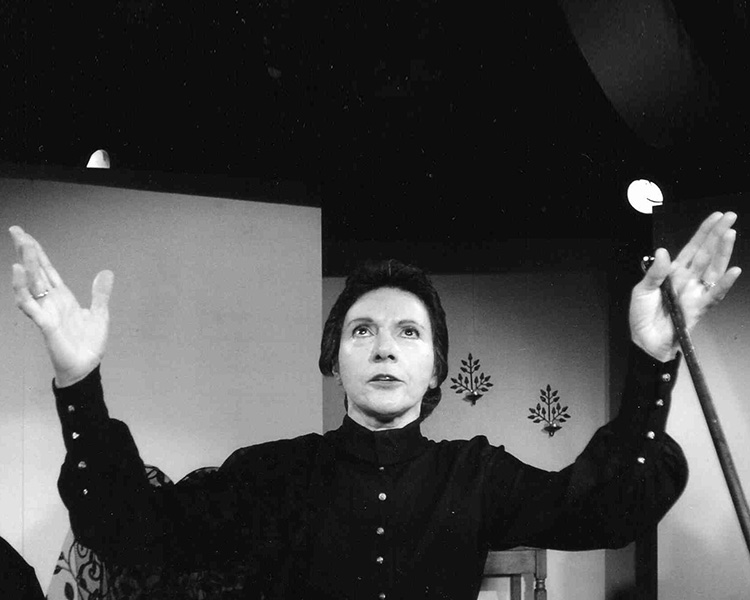